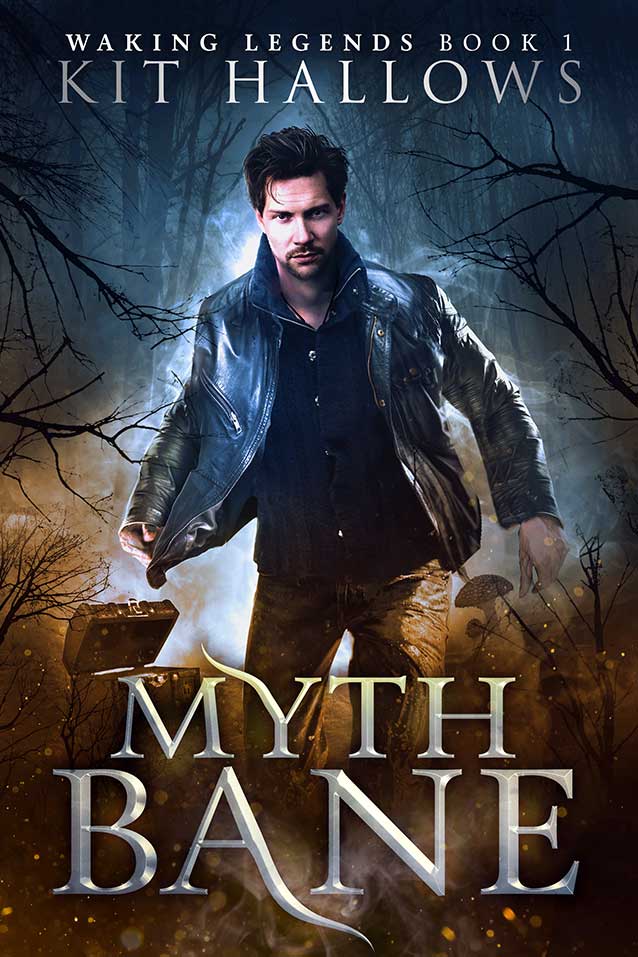 ★★★★★ “This urban fantasy got me hooked in crazy fast”

★★★★★ “Really looking forward to the sequel… Thanks Kit!” 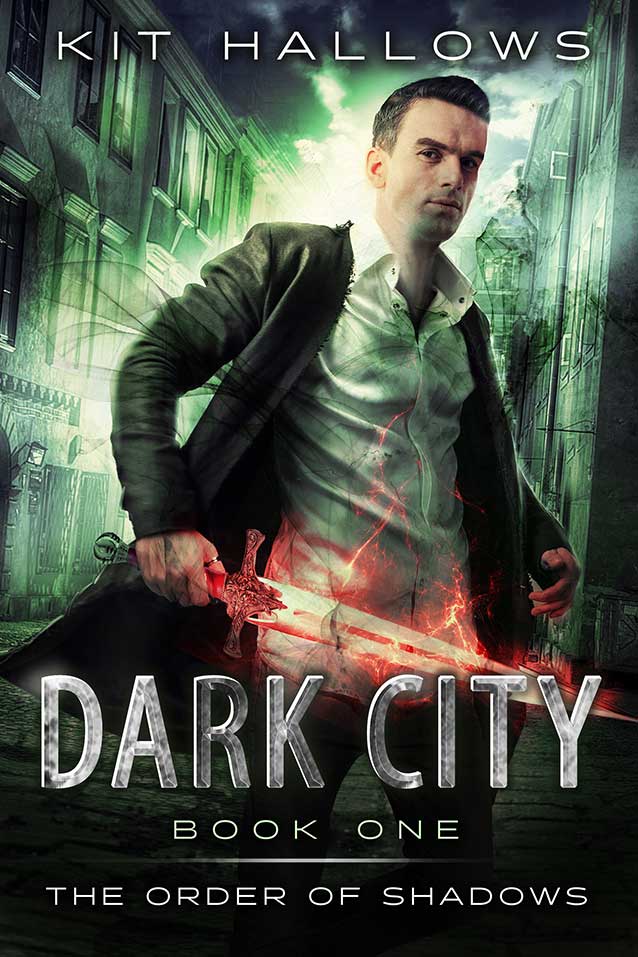 Vampires, demons, werewolves, and things that go bump in the night are all in a day’s work for supernatural Detective Morgan Rook. Until a malevolent force arrives, a force darker than anything he’s ever known.

When a new wave of ritual murders hits the city, Morgan thinks he’s finally found his sworn enemy; the witch who cursed and killed the woman he loved. The witch he means to destroy by any means necessary.

But as corpses appear inscribed with strange occult symbols, and rigged with paranormal traps, Morgan realizes he’s facing a terrifying new evil.
And that the only way of stopping the killer is to confront his own past by entering a terrifying labyrinth of shadows.
But can Morgan Rook face the terrible truth before it defeats him?

Dark City is the first Morgan Rook novel in the Urban Fantasy ‘Order of Shadows’ series.
If you like action packed supernatural thrillers brimming with magic, spine-chilling horror and otherworldly monsters then you will love these books.

“I became more and more engaged as the story went on and by the end, I stayed up WAY past my bedtime to get to the climax.”

“Gritty, bruised, duty, and drive are the adjectives that jump to my mind. Can’t wait for the next installment.”

“I discovered this via Kindle Unlimited & bought it after the first dozen pages . . . the writing is that good.” 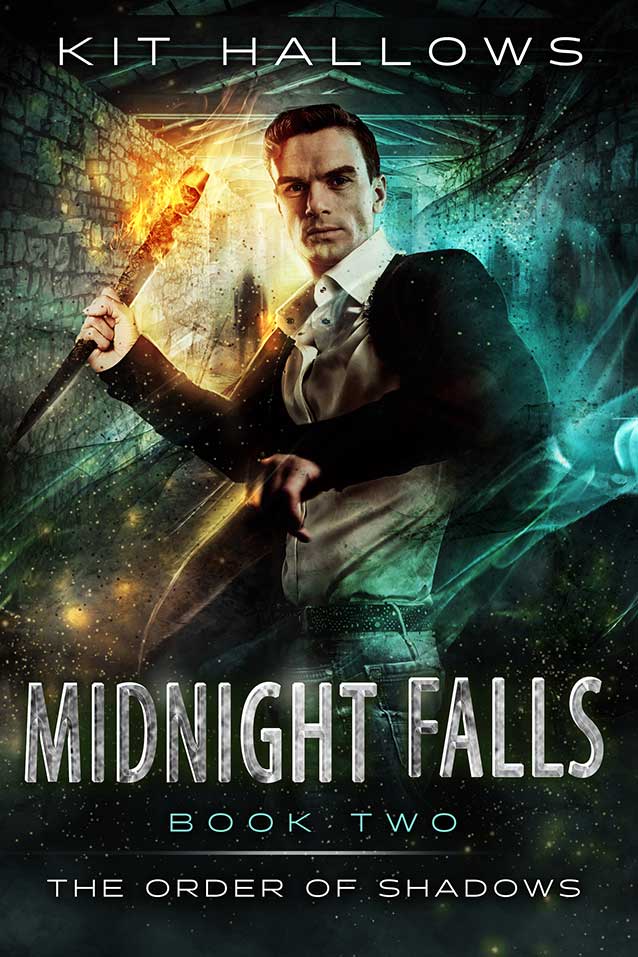 The dust has barely settled after the explosive events in the asylum outside the dark city, and Agent Morgan Rook needs a vacation. What he gets instead is a bad trip down the wrong side of memory lane before being plunged into a sleepy rural town with a dark sinister secret.

Copperwood Falls, a town as picturesque and wholesome as cherry pie. Twin falls, sun dappled hollows and a deep, twisted forest to hide the skeletons. A place where the shadows are restless and nothing is as it seems.
As the nefarious truth of Copperwood Falls comes to light Morgan becomes embroiled in a fiendish game with all the cards stacked against him. Soon Morgan finds himself battling a vicious cartel and settling old scores.
But can he defeat the hordes of enemies outside as well as the dark stranger hiding within?

I kept checking for a couple of days to see when this came out. It didn’t disappoint either! Kit Hallows has some of the most darkly beautiful imagery in the written world

This is a great read! Lots of magic and action, supernatural beings, other worlds and a man with a mission, Morgan Rook.

I was looking for something that would fall under the Dresden Files umbrella without the copycat, noirish, tough magic dude books that seem to fill this sub-genre of contemporary/urban fantasy. Really enjoyed both bk.1 & 2 of The Order of Shadows–great atmosphere, nice plot, good tension. Kept me reading.

A Game of Witches

A Game of Witches is the third Morgan Rook novel in the Urban Fantasy Thriller ‘The Order of Shadows’ series.
If you enjoy dark, magical adventures, hard boiled action and high octane thrills, then you’ll love this new book from Kit Hallows, author of Urban Fantasy books with teeth!

The tension in the book is beyond compare. I could not read it fast enough to suit me. Then I would have to skim back a few paragraphs to make sure that I hadn’t missed anything!

Things are getting serious for Morgan Rook. I like authors who aren’t afraid to let their main character get banged up and bloodied. I cruised through this book

Morgan Rook is one of those characters that will not leave your brain. He grabs on and hijacks everything until you finish the book and start begging for more. (And this is me begging. Please please please more Morgan!). This truly is my favorite of the Order of Shadows thus far.

Click below for a preview of A Game of Witches 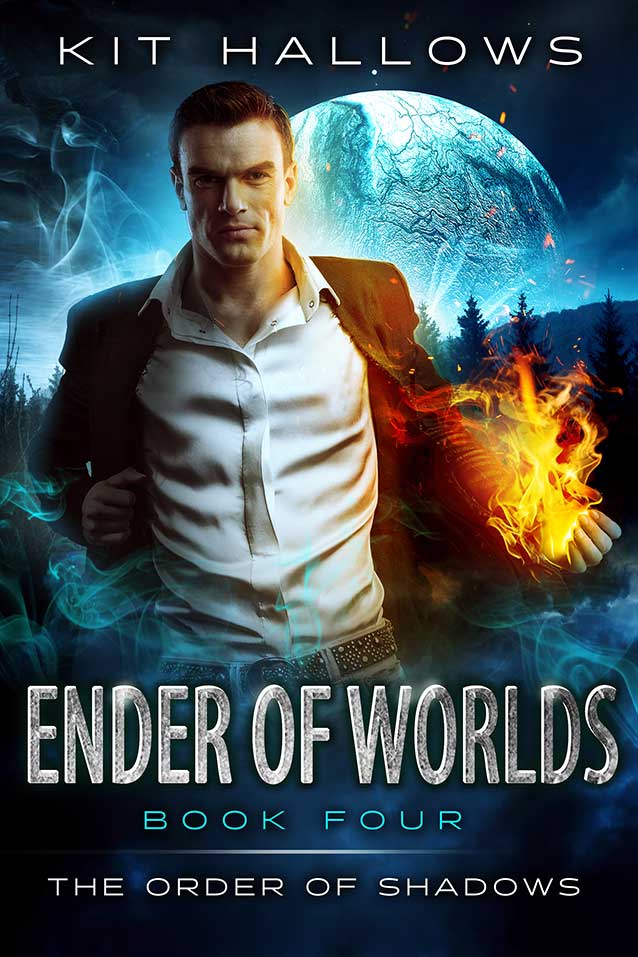 Now, as the dead of winter looms, the vampires and demons of the Dark City are growing more restless than ever as they wait for the Shade to return. The evil force that brought hell to my city. The Shadow in the mirror.
The Ender of Worlds.

Really enjoyed this Morgan Rook book. I really like the book was very fast-paced and exciting. Some excellent backstory on Morgan and quite the reveal at the end. Morgan’s story is getting deeper and where it leads I can’t wait to find out.

What a fantastic read and great series, must read!

I’ve loved Morgan Rook and this series from the start. This story made his story better. Once again the story is fast paced and a sure page turner.

Click below for a preview of Ender of Worlds 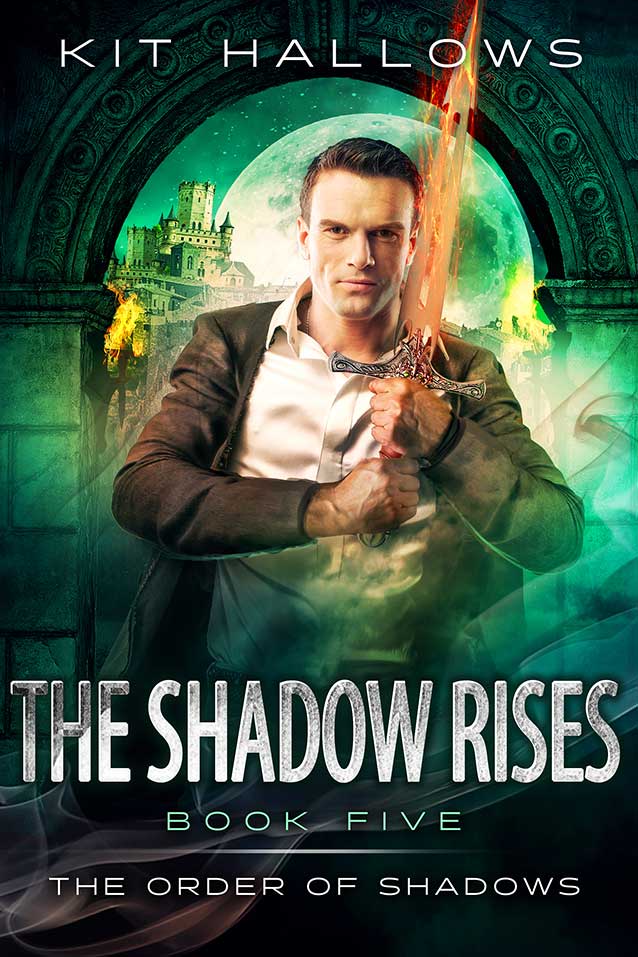 Absolutely amazing story telling with Mr Hallows at the helm. His books are so enthralling you would have thought you just read a 1000 page book because there is just so much non stop action and plot. 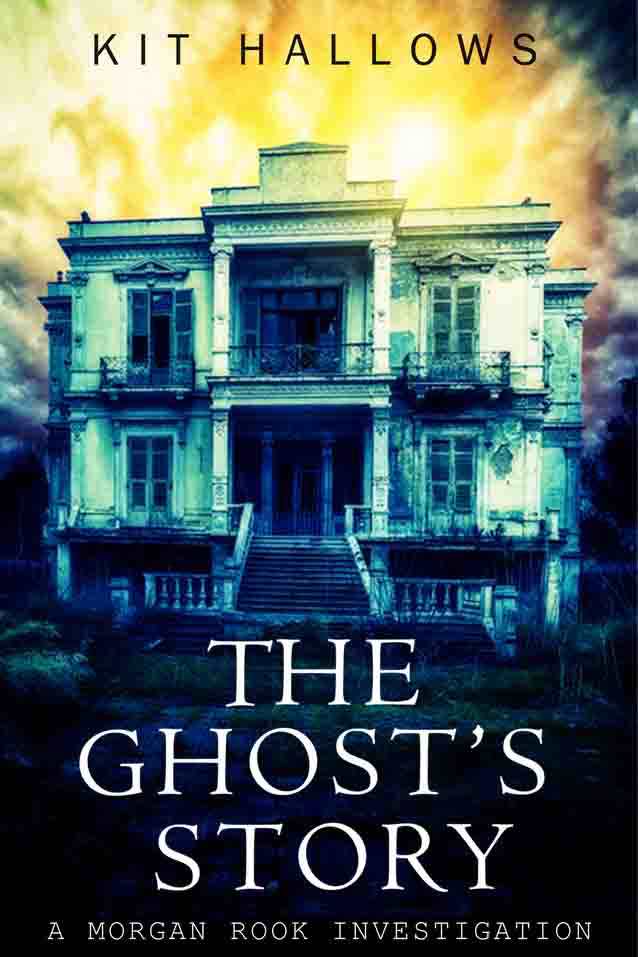 The Ghost’s Story is a short novella packed with dark Urban Fantasy thrills and spine-chilling horrors.

Seriously, it was the perfect appetizer to read before or after the three books. I truly enjoyed it. It was fun, fast, and well written. I would totally recommend this little short story to everyone that likes urban fantasy. 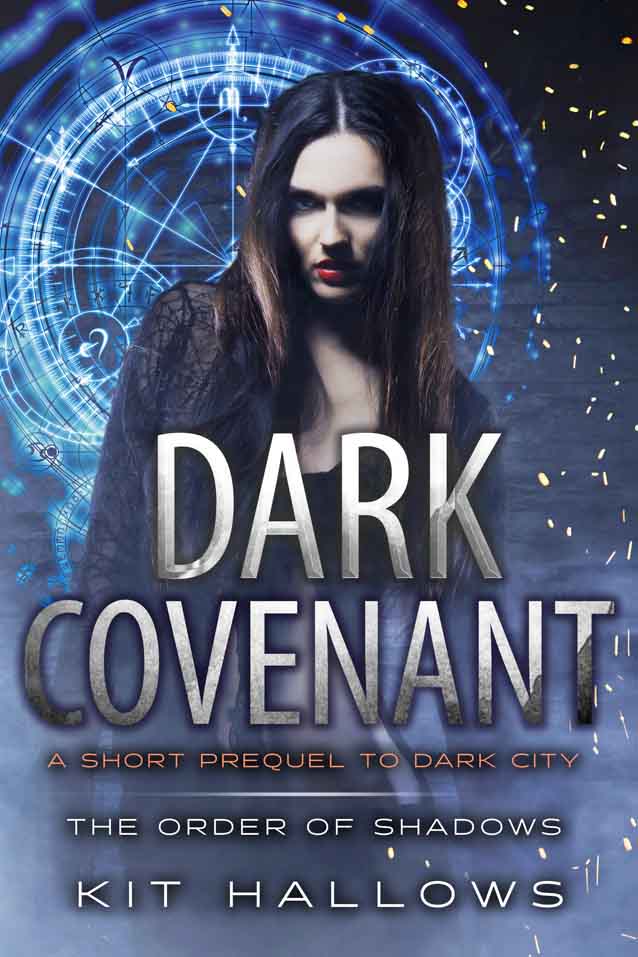 Dark Covenant (formally How To Kill A Witch) is the terrifying prequel to Dark City. This explosive novella gives readers the back story to the events that set Supernatural Agent Morgan Rook on his road to revenge, as well as kicking off the events that set the The Order of Shadows Series into motion.

Please note Dark Covenant isn’t for sale, but readers can secure a free copy right away by clicking here.