The Order of Shadows Series 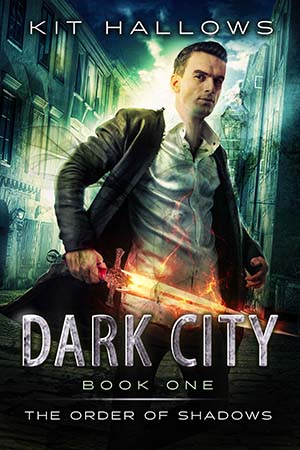 My name’s Morgan Rook. I guess you could call me a Supernatural Detective, Undercover Agent, the guy that takes out the trash and cleans up the messes people want to ignore. Mostly, it means I take out nightmares, demons and werewolves. You know, the things that go bump in the night. We call them Nightkind.

Still, I’m ready to leave all that behind. Retire, find some sunny beach with pretty women, a few stiff drinks, and forget the Nightkind even exist.

Talk about wishful thinking. See, I have one last job—eliminate a rogue vampire, named Mr. Tudor. In this business there’s no such thing as a simple job. And when bodies start piling up at my own front door, my dreams of retirement fade. Because the clues are adding up to something big.

The missing piece of the puzzle… It’s me. How the hell do I fit into all this mess? 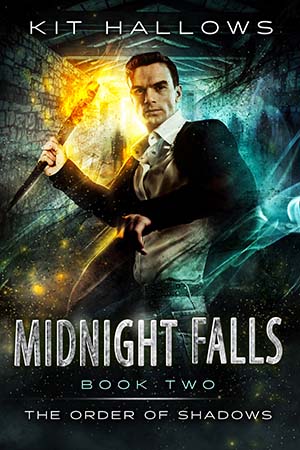 The dust had barely settled after my skirmish at Galloway Asylum and there I was looking forward to some downtime, maybe even a promotion. What I got instead was a covert assignment and an urgent warning from on high: Get out of the city. Vanish. Go underground.

So I did. And after a quick, or should I say bad trip down the wrong side of memory lane I found myself holing up in a sleepy rural town on a strictly cloak and dagger mission.
Copperwood Falls. Think rolling forested hills, white picket fences and lush apple pie – with a maggot wriggling under the crust.
A haunted town where the woods whisper at night and demons come calling. A place where the shadows are restless and almost nothing is as it seems.

Catching on to the town’s dirty little secrets didn’t take long, but I’d never imagined, not for one minute, exactly what opening the lid on that particular Pandora’s Box was going to bring… 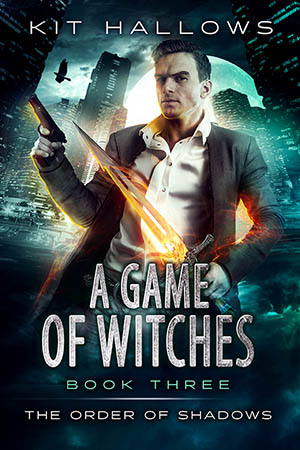 A GAME OF WITCHES

I returned to the city with one thing on my mind; find my nemesis and finish her. Nothing else mattered. Not the shadowy Organization I worked for. Not the Magic Council and their veiled threats. None of it.
Just me and the witch locked into one final dance.

But things weren’t exactly going to plan as I discovered a new, sinister threat. One that was trying to pry at the kind of locked doors that should never be opened, as well as driving a conspiracy to turn the entire world on its head.

With Halloween just around the corner, the veil was thinning, bringing darker nights and wild magic. And a terrible danger that would fast turn me from hunter to hunted as I raced toward the final round of a deadly end game. 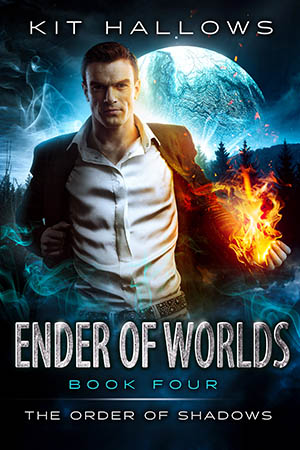 I’d barely had time to recover from Elsbeth Wyght’s vicious game when the call from Detective Haskins came. This time a bank robbery with a difference… and of course nothing as it seemed. With this turn of events I found myself thrust onto a shadowy trail that would lead me back to the asylum of my deepest nightmares and a desperate hunt for the truth amid a growing, cataclysmic danger.

Add to the mix an engineered virus threatening to turn half the city to zombies, a trip into a world straight out of a Grimm’s fairy tale, and a vicious, demonic conspiracy that would make the Silver Spiral’s plans seem like a cakewalk.
And always, just below the surface, my dark other. Stirring, plotting, waiting. But for what?

Now, as the dead of winter looms, the vampires and demons of the Dark City are growing more restless than ever as they wait for the Shade to return. The evil force that brought hell to my city. The Shadow in the mirror. The Ender of Worlds.

“Witches, Trolls, Demons and the realms of other. Excuisite story telling here.” 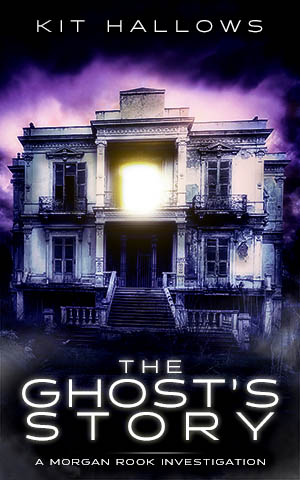 My week was already going the way of the Titanic, and just when I thought it couldn’t get any worse, it did. Big time.
First there was the call from an eccentric psychic, an encounter with a forlorn banshee, and then the ghost’s story, which was where my troubles really took off.

Most hunters of the Nightkind have a treasure trove of horror stories, but this one was different. Which was how I found myself following its truths to a dark house crawling with horrifying creatures and a secret too terrifying to acknowledge.
And then there were the monsters, the likes of which I’d never seen. Yeah, things were going bad alright, bad, scary and cursed…

Other Fantasy Books by Kit Hallows 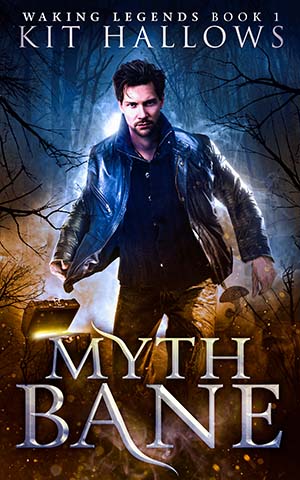 Something ancient is stirring, something lost, something cursed. Something that’s beginning to remember what it is. The Myth Bane.