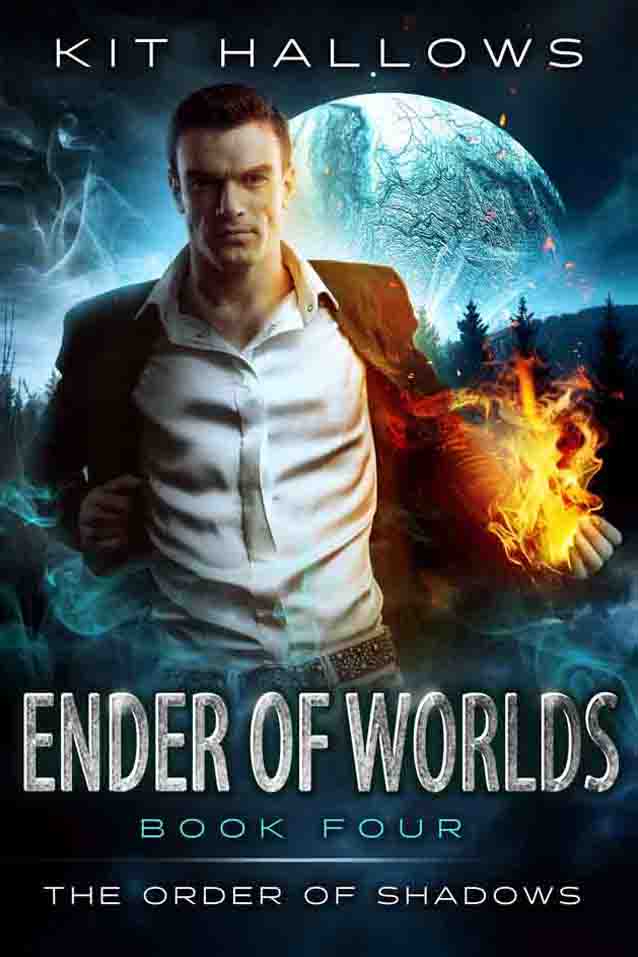 Here it is, Book Four, Ender of Worlds! This latest entry in The Order of Shadows series is easily the darkest yet. Winter is here, and there’s vampires, zombies (or the restless for long time readers), creepy demons, a magical trip into another world as well as a huge action-packed adventure!
Here’s the blurb:

Now book four is published, I’m yet again returning to my lair to begin writing book five, the final entry in The Order of Shadows series, but not the last outing for Morgan Rook. I have new plans for Morgan, but first a brand series across the pond.

If you want to know when book five is ready and receive an exclusive Morgan Rook story called Dark Covenant (formerly titled How To Kill A Witch), you can sign up here:
http://darkcovenant.gr8.com 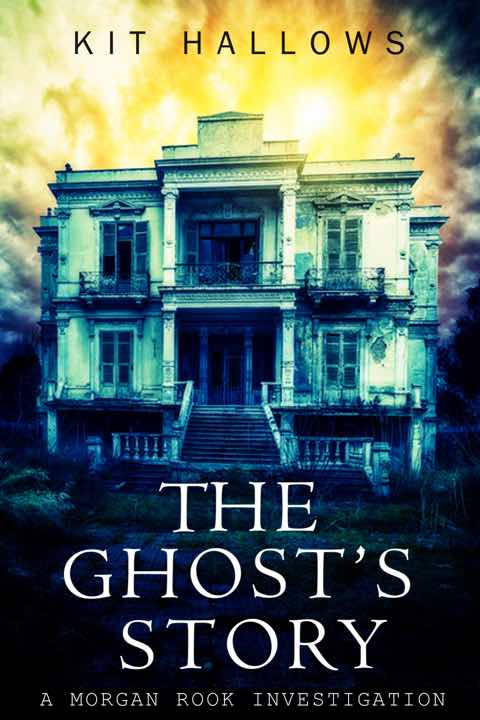 I began plotting Book Four of The Order of Shadows almost as soon as I finished writing A Game of Witches. I love planning and structuring novels, but it means I’m not writing, and that means Morgan Rook is in stasis. Cryogenically frozen and waiting for his author assistant to tell his story.
So I was at a loose end, creative writing wise. Thankfully a brand new story popped into my head, a story that straddles How To Kill A Witch and Dark City. A story that sees Morgan down on his luck and looking for a job, and then he finds a job… and heaven knows he’s in trouble now.
And thus, The Ghost’s Story was born.

Looking for some scares? You can get The Ghost’s Story right now on Amazon. 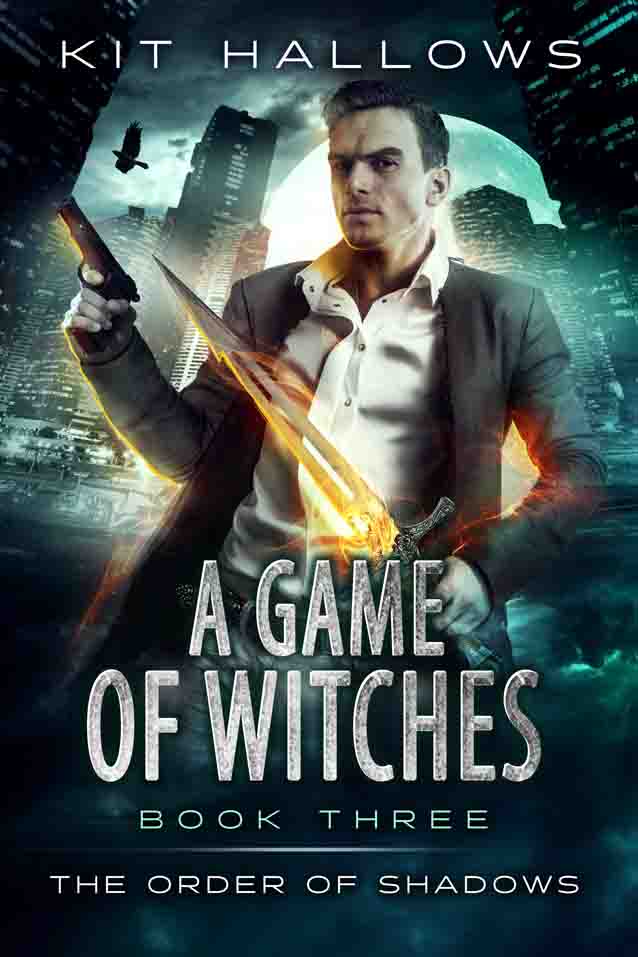 So there you have the first line of the brand new Morgan Rook novel, and it starts with a fast paced adventure on the rooftops and a dark, ominous threat.
I don’t want to give any spoilers but suffice to say Morgan’s on a mission, and someone’s going to pay.
Big time. And if you’ve read Midnight Falls then you’ll probably have a very good idea who that someone’s going to be… Yes, this book’s going to be a bitter fight to the death.

Anyway, the cover’s completed (and it looks amazing!), the book’s being edited, and I’m writing like a madman so I can publish in June.
If you’d like to be on the inside for when the book’s going to drop then sign up for my mailing list (and receive a free exclusive Order of Shadows short story while you’re there). You can get to both right now by clicking here

As well as writing tales of dark urban fantasy, I also love tinkering with photos – so please feel free to come and say hi on Instagram.

Okay, back to the novel. There’s a terrifying new game about to played in June… 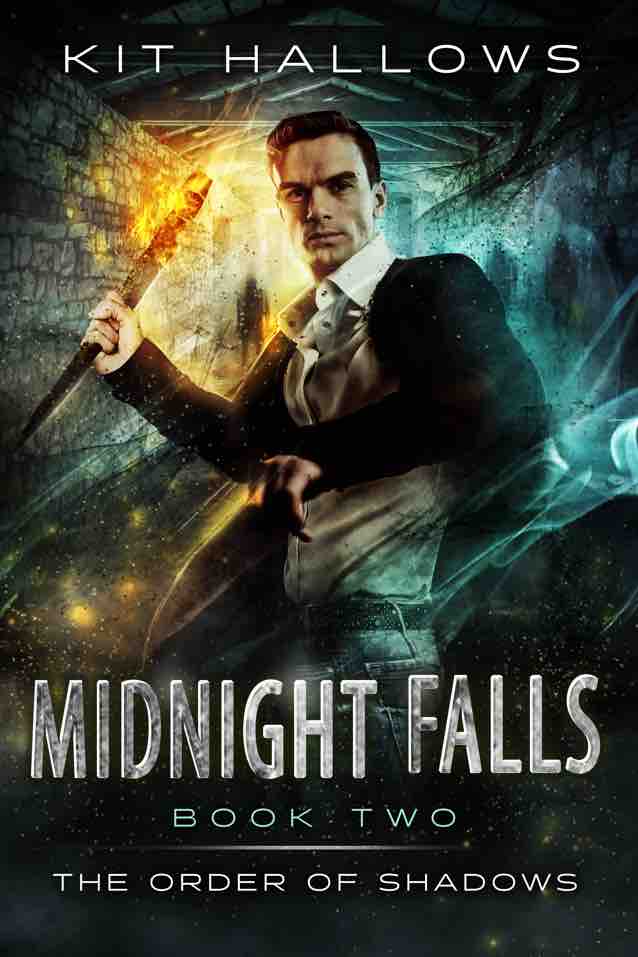 Today I’m very pleased to announce that Midnight Falls, Book Two of ‘The Order of Shadows’ series is almost here!
As of the time of writing, the book is with my copy editor, and is about to go out to my beta readers (you can sign up here if you’d like to become one).
Which means I’m no more than two weeks away from publication!

Writing Midnight Falls was a lot of fun, the book turned out to be longer than Dark City and and Morgan Rook is really put through his paces. There’s lots of twists and turns in this novel.

Here’s the blurb for Midnight Falls and my next post will be with details of the publication date!

The dust has barely settled after the explosive events in the asylum outside the dark city, and Agent Morgan Rook needs a vacation.
What he gets instead is a bad trip down the wrong side of memory lane before being plunged into a sleepy rural town with a darkly sinister secret.

Copperwood Falls, a town as picturesque and wholesome as cherry pie. Twin falls, sun dappled hollows and a deep twisted forest to hide the skeletons.
A place where the shadows are restless and nothing is as it seems.
As the nefarious truth of Copperwood Falls comes to light Morgan becomes embroiled in a fiendish game with the deck wildly stacked against him.
Soon Morgan finds himself battling a vicious cartel and settling old scores. But can he defeat the hordes of enemies outside, as well as the dark stranger hiding within? 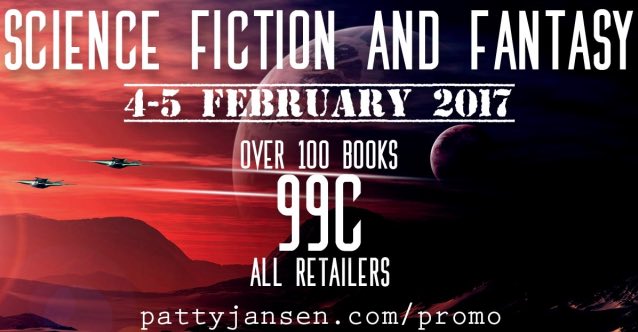 Yes, you can acquire a veritable treasure trove of books (including Dark City) for 99c today and tomorrow! Well, providing you’re reading this today/tomorrow/own a Tardis…

Click on the banner above or follow this link to be taken to this rather splendid promotion.

And now for the tease…the sequel to Dark City is finished and is currently being edited and it will arrive in the very near future.
Want to see the cover and discover the exact release date? Click here to join my mailing list and all will be revealed 🙂